You are here: Home / Co-Curricular 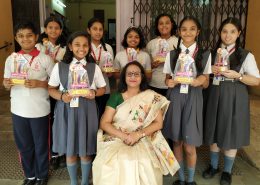 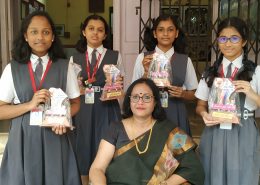 Student of the Year Award Trophy by NIE was bagged by Ahana Chatterjee (XC) on 20th December, 2019 for her all round proficiency and excellence in academics. 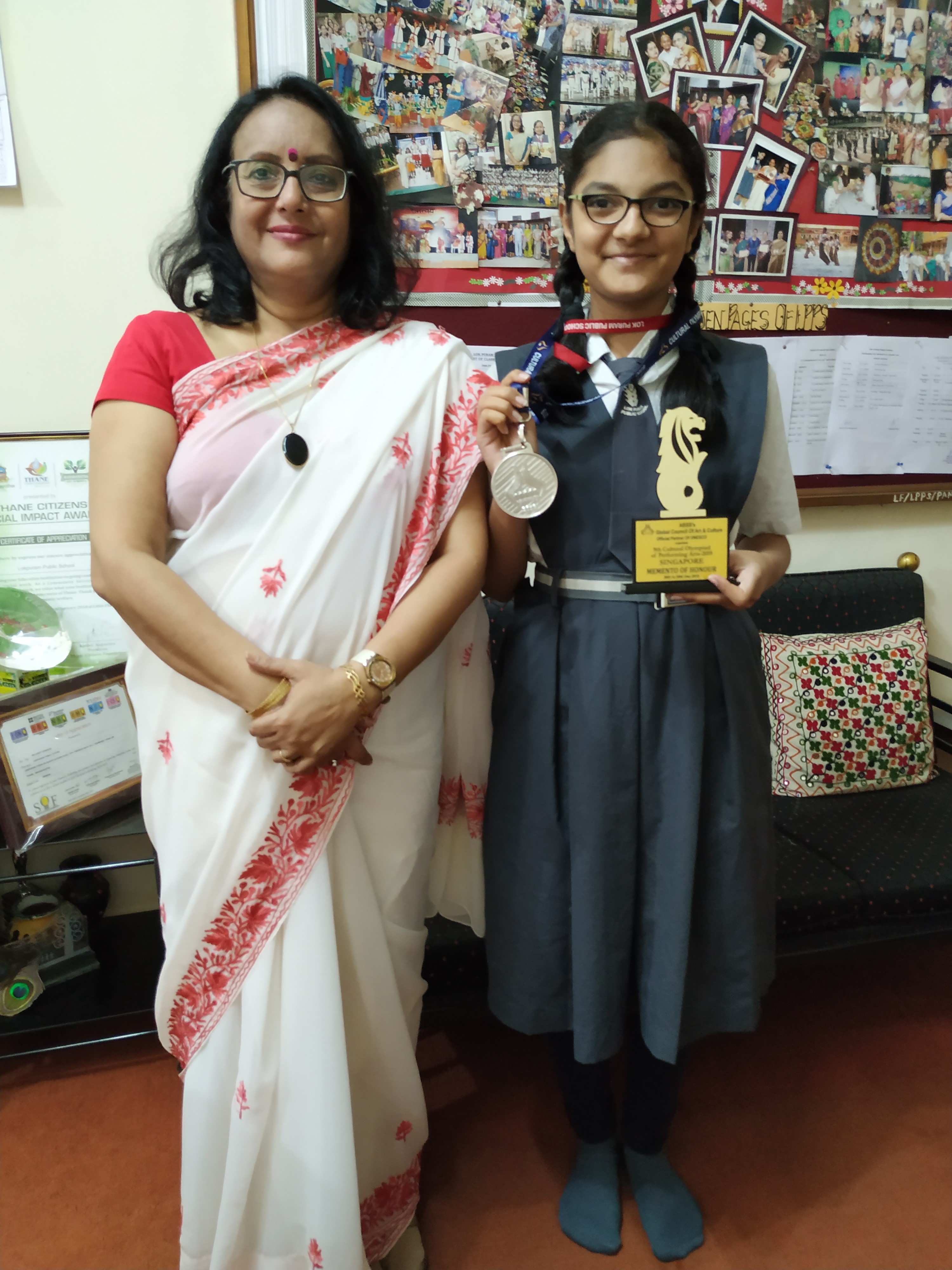 In Rangotsav Celebrations conducted in September, 2019, the following students won the prizes: 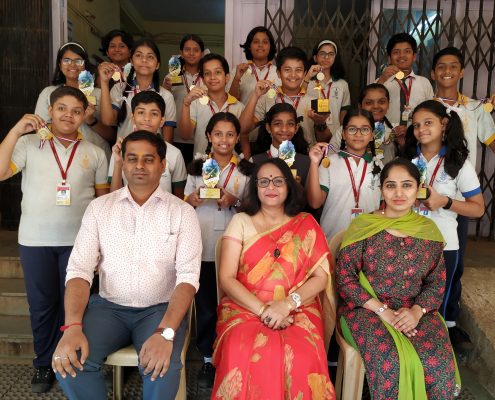 Ajindhara Athalekar (VIIE) made us proud by winning Certificate, Cash prize and Trophy in the Scholarship Programme conducted by Hindustan Times on 22nd January, 2020. 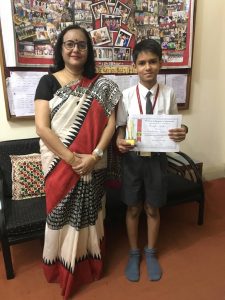 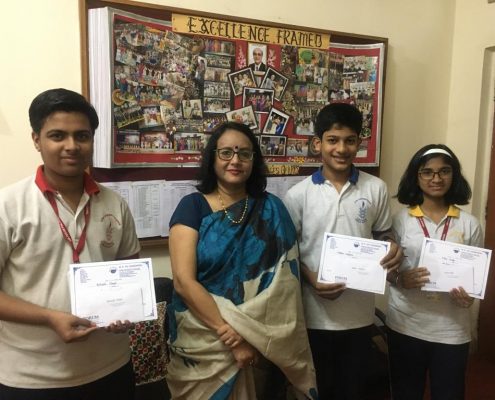 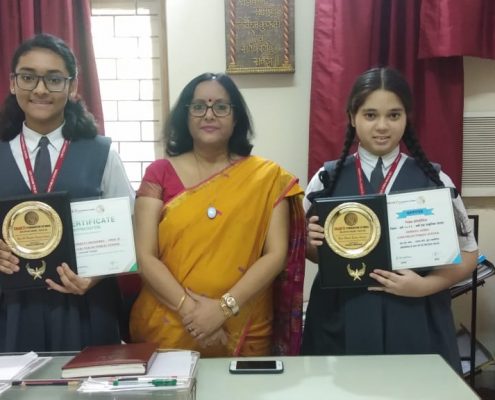 In the Spell Bee Competition for the year 2018- 19, the following Prizes were won by our students:
National Level Results

In the Sanskruti Kala Darpan Competitions 2019-20, our students made us proud by winning the following Prizes:- 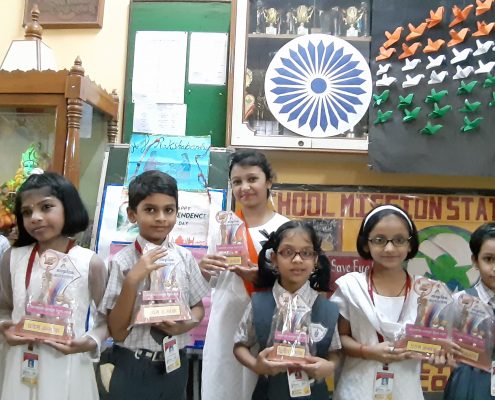 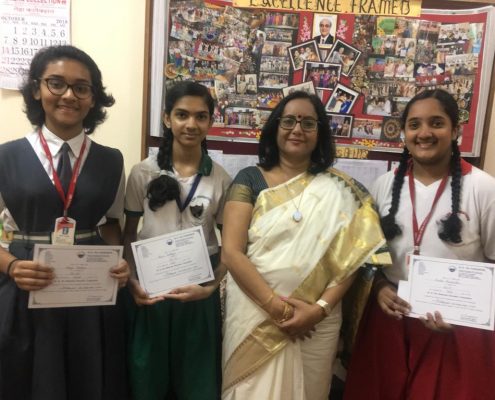 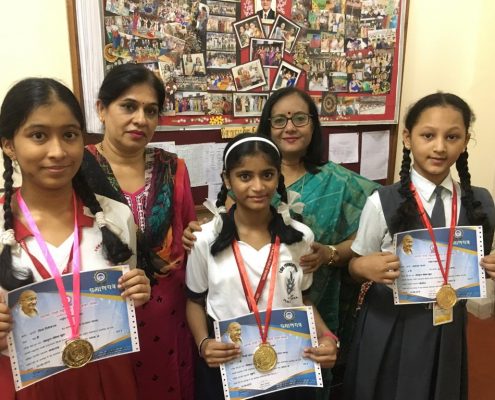 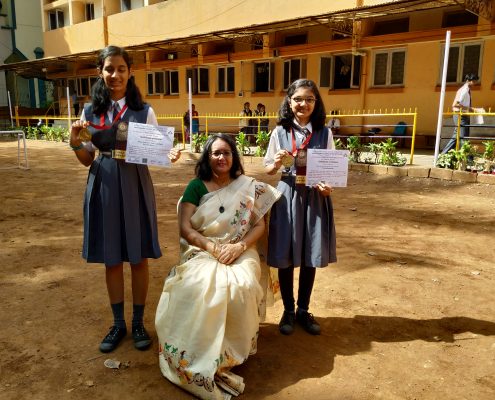 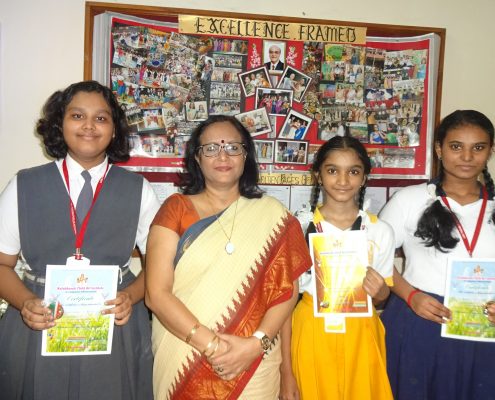 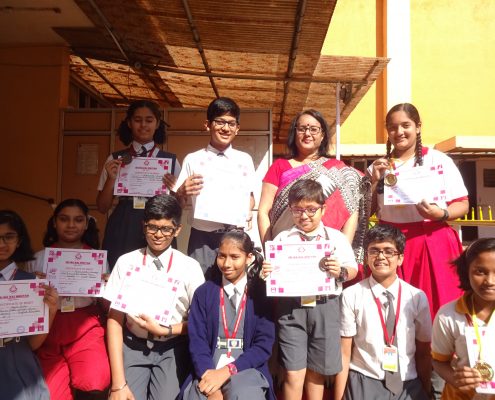 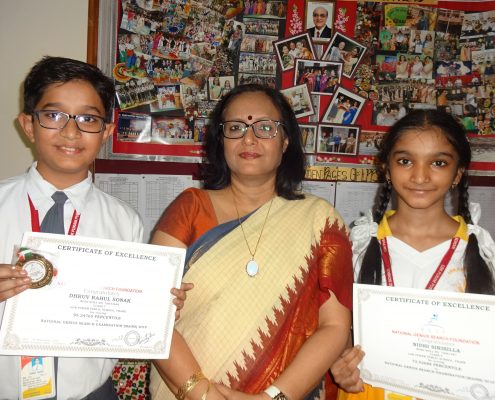 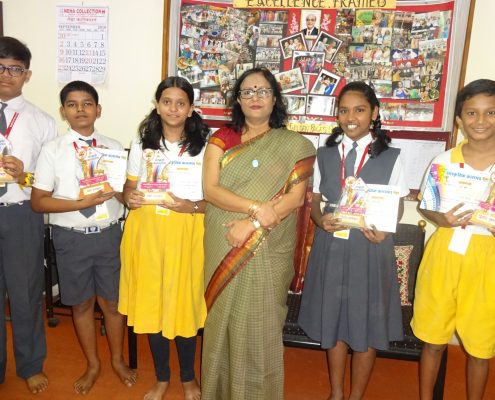 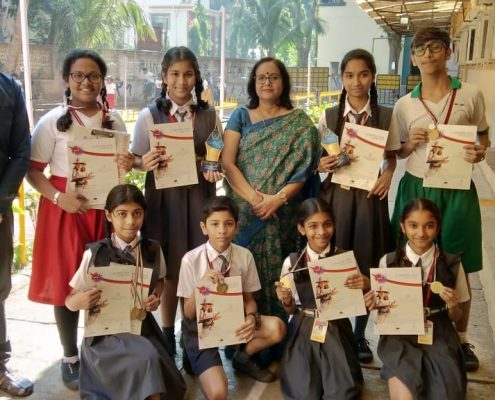